Home
Corporate Governance & Board of Directors

CORPORATE GOVERNANCE & BOARD OF DIRECTORS 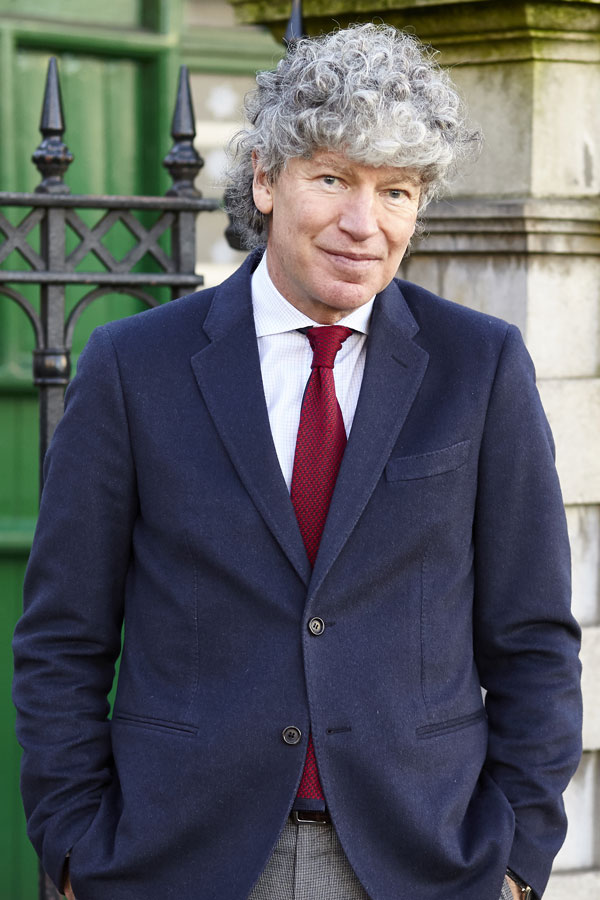 Mr. Timothy Charles Parker has served as the Chairman of the Board of Directors since the Company was incorporated in March 2011. As Chairman, he is responsible for leading the Board and ensuring that the Board functions effectively and acts in the best interests of the Company. He served as non-executive Chairman of the consolidated group from November 2008 until January 2009, as Chairman and Chief Executive Officer of the consolidated group from January 2009 through September 2014, and as non-executive Chairman since October 1, 2014. Mr. Parker has a long history of managing large businesses. Prior to joining the Company, he was chief executive of: The Automobile Association (2004 to 2007), the car-repair firm Kwik-Fit (2002 to 2004), Clarks, the shoemaker (1997 to 2002) and Kenwood Appliances (1989 to 1995). Mr. Parker is currently a director of Archive Investments and is a member of the U.K. Advisors Board of CVC Capital Partners. Since November 2014, Mr. Parker has been Chairman of the National Trust, a U.K. charitable organization. Mr. Parker has served as Chairman of Post Office Limited since October 2015 and as Chairman of the Board of HM Courts and Tribunals Service since April 2018. He has previously held non-executive directorships with Alliance Boots, Compass and Legal and General. Mr. Parker has also previously advised ministers and senior civil servants on nationalized industry policy in his capacity as an economist at the British Treasury (1977 to 1979). Mr. Parker holds a MA in Philosophy, Politics and Economics from the University of Oxford, Oxford, the United Kingdom (1977) and a Master’s in Business Studies from London Graduate School of Business Studies, London, the United Kingdom (1981).

﻿Mr. Kyle Francis Gendreau has served as an Executive Director of the Company since its incorporation in March 2011 and as an executive director of the consolidated group since January 2009. He has served as the Chief Executive Officer of the Company since May 31, 2018 and is responsible for the Company's overall strategic planning and for managing the Group's operations. Prior to his appointment as Chief Executive Officer, Mr. Gendreau served as the Company's Chief Financial Officer from January 2009 until May 2018 and was actively involved in the development of the Group's business and in implementing the Company's strategic plan, in addition to managing all aspects of the Group's finance and treasury matters. He continued to serve as Interim Chief Financial Officer from May 2018 to November 2018. Mr. Gendreau joined the Group in June 2007 as Vice President of Corporate Finance and as Assistant Treasurer. Prior to joining the Group, he held various positions including vice president of finance and chief financial officer at Zoots Corporation, a venture capital-backed start-up company (2000 to 2007), assistant vice president of finance and director of SEC reporting at Specialty Catalog Corporation, a listed catalog retailer (1997 to 2000) and a manager at Coopers & Lybrand in Boston (1991 to 1996). Mr. Gendreau holds a BS in Business Administration from Stonehill College, Easton, Massachusetts, USA (1991) and is a Certified Public Accountant in Massachusetts. Mr. Jerome Squire Griffith has served as an Independent Non-Executive Director of the Company since March 2019, before which he served as a Non-Executive Director from September 2016 until March 2019. Since March 2017, Mr. Griffith has served as the Chief Executive Officer of Lands' End, Inc., a multi-channel retailer of clothing, accessories, footwear and home products that is listed on NASDAQ. Mr. Griffith has served as a director of Lands' End, Inc. since January 2017. He has also served as a director of Vince Holding Corp., a company listed on the New York Stock Exchange, since November 2013. Mr. Griffith previously served as the Chief Executive Officer, President and director of Tumi Holdings, Inc., a company which was listed on the New York Stock Exchange, from April 2009 to August 2016 and served as the chairman of the supervisory board of Tom Tailor Holding AG, a company listed on the Frankfurt Stock Exchange, from June 2015 to May 2017. From 2002 to February 2009, he was employed at Esprit Holdings Limited, a global fashion brand, where he was promoted to Chief Operating Officer and was appointed to the board in 2004. He was then promoted to President of Esprit North and South America in 2006. From 1999 to 2002, Mr. Griffith worked as an executive vice president at Tommy Hilfiger, an apparel and retail company. From 1998 to 1999, Mr. Griffith worked as the president of retail at the J. Peterman Company, a catalog-based apparel and retail company. From 1989 through 1998, he worked in various positions at Gap, Inc., a retailer of clothing, accessories, and personal care products. Mr. Griffith previously served on the board of Parsons School of Design (2013 to 2020). Mr. Griffith holds a Bachelor of Science degree in marketing from the Pennsylvania State University, State College, Pennsylvania, USA (1979). Mr. Keith Hamill has served as an Independent Non-Executive Director of the Company since June 2014, before which he served as a Non-Executive Director from May 2011 until June 2014. He has served as a non-executive director of the consolidated group from October 2009 until May 2011. Mr. Hamill has served as a non-executive director and as non-executive chairman of RBG Holdings plc, an English company listed on the London Stock Exchange that provides legal and professional services and litigation financing, since January 2020. Mr. Hamill is also currently the chairman of Horsforth Holdings Ltd., a privately held investment holding company for a number of leisure businesses (since 2009). Mr. Hamill’s prior experience includes being chairman of British food manufacturer Premier Foods plc (2017 to 2019), inter-dealer broker Tullett Prebon plc (2006 to 2013), stockbroker Collins Stewart plc (2000 to 2006) and software developer Alterian plc (2000 to 2011), and an independent non-executive director of the distribution group Electrocopments plc (1999 to 2008), Max Property Group plc (2010 to 2014) and the airline easyJet plc (2009 to 2017), all of which are or were listed on the London Stock Exchange. He was also an independent non-executive director of NASDAQ-listed publisher and printer Cadmus Communications Inc. (2002 to 2007). Mr. Hamill has also chaired the board of a number of UK privately owned companies which included Endell Group Holdings Limited (parent company of Travelodge Hotels Limited) (2003 to 2012), insurance broker HGL Holdings Limited (2005 to 2011) and construction business Avant Homes Limited (2013 to 2014). He was chief financial officer of hotel group Forte plc (1993 to 1996), retailer WH Smith plc (1996 to 2000) and United Distillers International Limited (1990 to 1993), and director of financial control at Guinness plc (1988 to 1991). Mr. Hamill was a partner at PricewaterhouseCoopers LLP (1986 to 1988). He was also chairman of the board of the University of Nottingham, United Kingdom. Mr. Hamill holds an Honorary Doctorate in Law from the University of Nottingham and is a Fellow of the Institute of Chartered Accountants, England and Wales. Mr. Tom Korbas has served as a Non-Executive Director of the Company since April 2016 and was re-designated as an Independent Non-Executive Director of the Company effective March 17, 2021. Mr. Korbas previously served as an Executive Director of the Company from June 2014 until March 2016. Before his retirement, Mr. Korbas served as the Company’s President, North America from 2014 until April 2016 and was responsible for the overall management and development of the Group’s business in the United States and Canada. Following his retirement in 2016, Mr. Korbas served as a consultant to the Group's North America business until December 31, 2018. Mr. Korbas joined the Company in 1997. His previous positions with the Company include: President, Americas (2004 to 2014), Vice President/General Manager of the Company’s U.S. wholesale business (2000 to 2004), Vice President of Sales and Operations (1998 to 2000) and Senior Vice President of Soft-Side and Casual Bags (1997 to 1998). Prior to joining the Group, Mr. Korbas was vice president of operations (1986 to 1997), director of manufacturing operations, and engineering manager for American Tourister. Mr. Korbas holds a BS in Industrial Engineering from Northeastern University, Boston, Massachusetts, USA (1973) and an MBA from Babson College, Wellesley, Massachusetts, USA (1976). Mr. Bruce Hardy McLain (Hardy) has served as an Independent Non-Executive Director of the Company since June 2014, before which he served as a Non-Executive Director from May 2011 until June 2014. He served as a non-executive director of the consolidated group from October 2007 until May 2011. Mr. McLain is a co-founder, and serves on the board, of CVC Capital Partners (formerly a subsidiary of Citigroup known as Citicorp Venture Capital), from which he retired as managing partner in December 2012. Mr. McLain joined Citicorp Venture Capital in 1988, and in 1993 participated along with fellow managers in the acquisition of Citicorp Venture Capital from Citigroup and the founding of CVC Capital Partners. Since founding CVC Capital Partners he has been involved in and held directorships with a number of companies including Formula One (2013 to 2016), the Dorna Sports Group (1998 to 2006), Rapala VMC OYJ (1998 to 2005), Punch Taverns Plc (formerly known as Punch Group Limited) (1999 to 2002), Spirit Group Holdings Limited (formerly known as Spirit Amber Holdings) (2003 to 2006), Kappa Holding BV (1998 to 2000), Hayman Sports LLC (2013 to 2015), Terressential Corp (2015 to 2016) and Lecta Group (2001 to 2019). He is currently a non-executive director of Everbright Ltd. and Mount Street Group Limited. Prior to joining Citicorp Development Capital, Mr. McLain worked for Citicorp’s investment management (1986 to 1987) and mezzanine finance (1987 to 1988) groups. Mr. McLain holds a BA in Public Policy and Psychology from Duke University, Durham, North Carolina, USA, where he graduated in 1976, and an MBA in Finance and Marketing from UCLA, Los Angeles, California, USA (1981). Mr. McLain serves on the Board of Visitors of the Duke University Board of Advisors. He previously served on the Board of Advisors for the UCLA Anderson School of Management and the Board of Visitors for the Sanford School of Public Policy at Duke University. Ms. Ying Yeh has served as an Independent Non-Executive Director of the Company since May 2011. Ms. Yeh has extensive experience as an executive and a non-executive director of major international corporations. She was the chairman of Nalco Greater China Region until June 2011. Nalco is one of the world’s largest sustainability service companies. Ms. Yeh was also a non-executive director at ABB Ltd (a company listed on the SIX Swiss Exchange, the stock exchanges in Stockholm (NASDAQ OMX Stockholm) and the New York Stock Exchange (NYSE)). She was previously a non-executive director of AB Volvo (a company listed on the OMX Nordic Exchange, Stockholm) and InterContinental Hotels Group plc (a company listed on the main board of the London Stock Exchange). Prior to joining Nalco, Ms. Yeh worked in various Asian divisions of Eastman Kodak (1997 to 2009) and also held various positions with the United States Government, Foreign Service (1982 to 1997). Ms. Yeh holds a BA in Literature and International Relations from National Taiwan University, Taiwan (1967).

Amended Articles of Incorporation as of July 6, 2021